Our approaches to the future 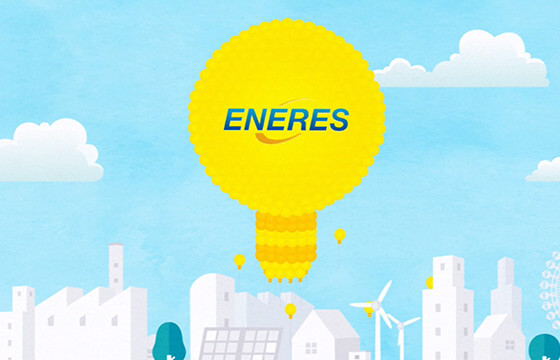 A virtual power plant is a system that can control small-scale privately owned power generators, solar power generators, storage batteries, and other types of power sources in an integrated manner, as if they were a single power generation plant. Virtual power plants are drawing the industry’s attention as a next-generation electric power system, because the electricity that individual consumers have generated, saved (for demand response), and stored can be converted into large amounts of electricity. Since 2016, ENERES has been a participating member of a demonstration experiment aimed to build a virtual power plant, and is working hard toward its commercialization. 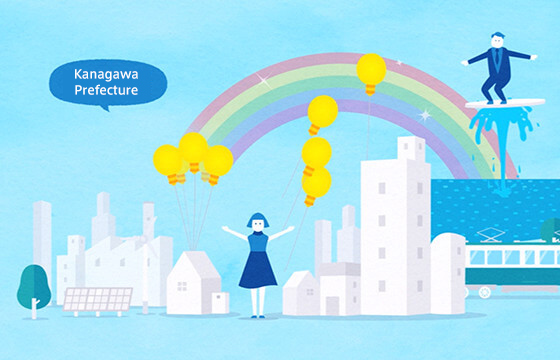 Without relying on faraway large-scale power stations for all power needs, this undertaking is intended to supply electricity from community-based power plants, though smaller in scale. Local electricity production for local consumption is an important process to realize a distributed energy society. The presence of local power plants means the efficient use of electricity due to decreased power transmission loss. In addition, “generating,” “selling,” and “buying” electricity within a region would drive the local economy and promote community revitalization. In some areas in Kanagawa Prefecture and Shizuoka-shi, ENERES, in collaboration with local governments, is already building a mechanism for local power production for local consumption, such as for power supply to local public facilities. 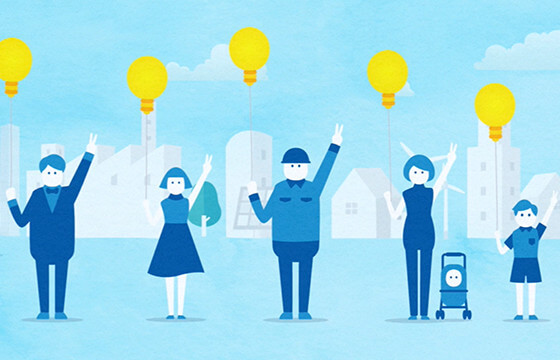 Instead of selling electricity generated by solar and other energy sources to power companies, individual consumers share it among them in a flexible manner. By using state-of-the-art information technologies including blockchain, ENERES is moving toward the realization of such a mechanism that could change the economic block of electricity itself. In the future, electricity will be changed from something we must buy to something we generate and share.